Manipal is considered a small town, a           suburb of the temple town of Udupi, but it   is an educational, medical, business and     banking centre in this coastal region of       Karnataka state in South West India.

Yet, there are many attractions within          Manipal itself, most famously the Heritage    Village, which boasts of quaint old houses    and palaces of the yore and fantastic—yet rare—museums like the Raja Ravi Verma museum, the most comprehensive of its kind. Then there is the Planetarium, where you can see the stars even during daytime, the Smriti Bhavan (just next door), and the Anatomy and Physiology Museum (walking distance from our hotel).

Almost everything that you seek in Manipal is just a few minutes walk away: Manipal University Campus, Kasturba Hospital, Syndicate Bank Head Office, just to name a few. This internationally-feted village is a multi-dimensional cultural project which aims at restoration and conservation of the nation’s cultural wealth expressed in the form of traditional buildings and objects of art, craft and other artifacts of aesthetic interest, some dating several hundred years ago. The Heritage Village also comprises of a number of museums and galleries: holding the pride of place among them is the Museum of Folk Arts, which is considered as one of the largest and most unique of its kind in India in respect of volume of space, number and variety of objects, rare character of its exhibits and their imaginative display. To visit the village’s website, click here.

Anatomy Museum: A part of the Manipal University–and Asia’s largest museum of its kind–it has 1,000-odd dissected specimens of the human body—adult, foetuses and other animals. The museum also displays cross sectional specimens, radiographs, skeletons of human and other vertebrates, radiographs and developmental anatomy models. Some specimens date back to half a decade and still show no signs of degradation. The museum is open from 8:00 am to 6:00 pm.

Smriti Bhavan: Located just next to Hotel Madhuvan Serai, this is an attractive place which is devoted to Late Dr T M A Pai, the architect of Manipal. This Bhavan is one of the popular attractions for tourists.

Planetarium: The Dr TMA Pai Planetarium in situated on the banks of a small lake, called Manupalla. It is the second planetarium of the state after Bangalore’s “Nehru Planetarium”.

Tiger Circle: The heart of Manipal! Just a two-minute walk away. In earlier days, tigers used to be seen here, hence the name.

End Point: At one end of Manipal is End Point, which is a small cliff overlooking the curvaceous Swarna river. From this point, one can see the Arabian Sea in the western horizon and the Western Ghats in the eastern horizon. Just six kms away, Udupi City itself is famous for its centuries-old historical Shri Krishna Temple. Then there are two picturesque beaches, the Malpe Beach and the Kaup beach. Udupi District, in which Manipal comes, and its surroundings are rich in visual delights for tourists with many famous and not to famous, old temples, scenic rivers, virgin beaches, the rich in diversity Western Ghats with many attractive tourist spots… the list is unending!

Malpe Beach is about 12 kms from Manipal. The beach is clean, peaceful and beautiful. It is a perfect spot for families out to unwind themselves. There are some boat operators who take you out for a round in the sometimes choppy Arabian Sea.

Kaup Beach: The lighthouse at this beach is famous and is not very crowded. This beach is 15 kms from Manipal and is a very popular destination for the students of Manipal University to spend weekends. The lighthouse, built by British in 1901, has guided thousands of ships for years. The tower’s height is 89 ft with three white flashes every 20 seconds and the range is 24 nautical miles. 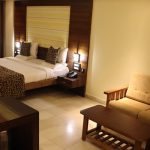 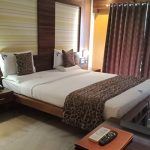 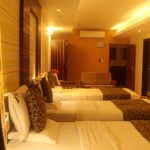